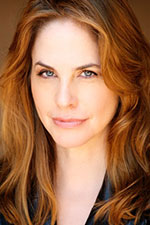 Stephanie has performed in over 60 guest spots on shows such as Grey’s Anatomy; House; Bones; Two and a Half Men; The Mentalist; Parks and Recreation;  Numb3rs;  Criminal Minds; Monk, as well as in a number of Movies of the Week and pilots. Her recurring TV appearances include the rather dim vampire fighter, Luellen, on True Blood;  the insane Mags on Weeds;  Head Flight Attendant Susan on “24”,  Jeremy Piven’s girlfriend Denise on Ellen and outspoken Mrs Yeats on Freaks and Geeks.  Presently, she can be seen playing the brilliant and sensitive psychiatrist Dr Janice Mead on The Young and the Restless, as well as the brilliant and sensitive gynecologist, Dr. Vivian Hillcroft, on The Fosters. Movie credits include work on The Ring, directed by Gore Verbinski; Starship Troopers, directed by Paul Verhoeven; Lucky Numbers, directed by Nora Ephron; and Fearless, directed by Peter Weir.  This past year Stephanie completed work on Death Clique, playing Texas lesbian detective Patti Gains in a teen murder thriller for LIFETIME, with more murder and mayhem to follow in Mischief Night, Anatomy of Deception and Lady Killers, shot last year. Stephanie is a graduate of SMU’s Professional Theatre Training Program. She enjoyed playing the character of Flip in FLIP AND GLIB so much that she cried, “The show must go on!” even after having a pizza-induced aneurysum while shooting.  Not really.  There is no such thing as a pizza-induced aneurysm. 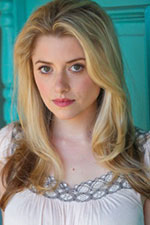 Annie starred as Lolly in the hit web series Sex Ed starring Joanna Cassidy. The show garnered Webby and Streamy Award nominations and was an official selection at the Independent Television Festival. Recent television credits include True Blood and How I Met Your Mother. Annie was born and raised in Los Angeles, received a B.A. Degree in Drama from Stanford University, and has worked extensively in local and regional theaters across Southern California. She was last seen on stage with Danny DeVito and Judd Hirsch, playing the role of Miss MacKintosh, in the Center Theatre Group’s production of The Sunshine Boys at the Ahmanson Theater. Other favorite stage credits include the role of Rebecca in Birder (Center Theatre Group); Brooke in Noises Off (La Mirada); Philia in A Funny Thing Happened on the Way to the Forum (Reprise Theatre Company, produced by Jason Alexander); Ursula Duran in Tickled Pink with Rita Rudner (Laguna Playhouse); Clea in The Scene (Ensemble Theatre Company); Sibyl in Private Lives (GTC Burbank); Luciana in The Comedy of Errors (A Noise Within); Sybil Vane in A Picture of Dorian Gray (Boston Court); Cécile in Les Liaisons Dangereuses (The Blank Theatre Company); and Myrrhine in the premiere of Amy Freed’s Lysistrata (Stanford Summer Theater). Annie is thrilled to be a part of the “Flip and Glib” family and has loved every minute working with the cast and crew. She even grew to love riding the Trikke. 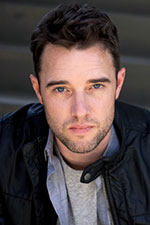 Patrick has recently added his voice to Disney’s Phineas and Ferb; completed the feature film Hijacked with Randy Couture and Vinnie Jones; and is currently in pre-production for his film directorial debut, Running Wild. Patrick is a native of St. Paul, Minnesota and earned his bachelor’s degree in Theatre Arts from Mankato State University.  He has performed extensively in theatre productions throughout Southern California and has had the opportunity to perform in several World Premieres, including both Richard Martin Hirsch’s Confection Perfection (Write Act Repertory Theatre) and The Quality of Light (Long Beach Playhouse) — for which he earned a Backstage West Garland Award Nomination for Best Actor — as well as Mickey Birnbaum’s Bleedrail at The Theatre @ Boston Court in Pasadena, California.  Patrick is excited to have the chance to work with Mr. Hirsch again, and to be a part of this wonderful team in Flip and Glib. 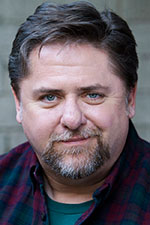 For years Robert believed he was born in the back of a station wagon parked down by the river.  Turned out to be just one of the many tales told to him as a small child that were never corrected by his family. After nine years + active duty in the USAF, Robert studied Theatre at Minot State University and is currently active with L.A.’s Elephant and Rogue Machine theatre companies. Screen work includes Grey’s Anatomy (Philip Walker); The Trunk (Short Film); Liza, Liza, Skies Are Grey (Hotel Manager); Good Luck Charlie (Earl); Criminal Minds (Security Guard); Numb3rs (Richard Helgancer); Roswell (Bartender); Lucky Louie (Clerk); and numberous other film and TV roles. 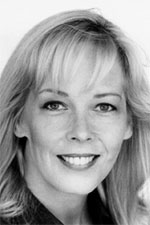 With over 30 years in the business, Dorian has acted opposite Alec Baldwin, Tom Hanks, Kevin Bacon and Kathleen Turner, among others. Her credits as a TV regular include Nickelodeon’s The Secret World of Alex Mack (Barbara Mack); One Life to Live (Samantha Buchanan); and “9 to 5” with Sally Struthers. Dorian was last seen on stage in Memorizing Rome by Richard Martin Hirsch at the Whitefire Theatre. Other theatre credits include Escape from Happiness (Zephyr Theatre) and many Syracuse Stage productions.

Jessica recently helped Justin Timberlake promote his “The 20/20 Experience” album for Target.  She can be heard in movies including Monsters University; Partysaurus Rex; A Bug’s Life; Toy Story 2; and The Haunting.  Televison work includes:  Nathan’s Choice (pilot); General Hospital; and Could be a Miracle.  Jessica holds a BFA from New York University’s Tisch School of the Arts. www.jessicaevans.net 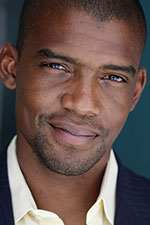 Herve began his acting training at Georgetown University, where he originally entered as a pre-med student. He continued his acting training at Studio Theatre Acting Conservatory in Washington DC, and then at the School For Film & Television in NYC. Credits include One Life To Live (ADA, Jared Hall); Law & Order; CSI Miami; Cane; Criminal Minds; and 24, among others. Herve has also recently appeared on sitcoms Dads and Guys With Kids and will be shooting his first lead in a feature film called the Cricketers, which will be shot in Trinidad and Barbados.