Flip and Glib… and the Theory of Everything is a new comedic web series that was conceived by Richard Martin Hirsch and brought to life under the masterful direction of Mark L. Taylor, cinematography and editing of Kelly L. King, and the hard work and creativity of all the talented cast and crew.

Set in West Los Angeles, the story begins when when two mismatched women meet by chance on a walk one day, and an quirky, offbeat sisterhood is born. Flip (40) is cynical and bitter after her messy divorce. Not so Glib (mid-20s), who is sweet and guileless and new in town from Omaha, where she’s seen a UFO and her mother ruminates on the coming Rapture. Glib’s on a mission to find romance with an astrophysicist who can explain what it all means and is good in bed. Or wherever. So it’s kismet when Flip and Glib meet and find that they’ve much to learn from each other (and a host of unusual characters and neighbors) about, well, just about everything. Which may seem a lot to remember, but then that’s why God made high capacity desktop storage. 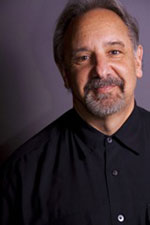 As a playwright, Richard received the 2010 Stanley Drama Award for The Restoration of Sight and to date over two dozen different plays of his have seen productions in the Los Angeles area as well as New York City, Chicago, Boston and many other cities throughout the country. Productions include The Closeness of the Horizon; London’s Scars; The Concept of Remainders (Ovation Award and L.A. Weekly Theatre Award nominations, directed by Mark L. Taylor); Atonement (L.A. Weekly Theatre Award nomination); and The Quality of Light (Ovation Award nomination; Garland Honorable Mention) His screenplays include the award-winning scripts: Leah, Light and Sound; The Hobbyist; Russell’s Luck; and The Mary Incident.  Richard is a member of Ensemble Studio Theatre (LA). Flip and Glib…and the Theory of Everything marks Richard’s first work in video/film and his gratitude to the cast, crew, friends, and family who helped complete its first season can only be characterized as otherworldly. 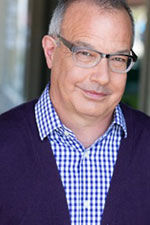 As an actor, over the past forty years Mark has appeared on TV and in films in everything from MASH to High School Musical 2. Ten years ago he began coaching actors on and off film sets, which led him into directing. He has directed episodic television for the Lifetime Channel, as well as a Disney Channel movie, Den Brother. Mark has also directed a number of original theatre productions at various venues in the Los Angeles area including the Ovation nominated productions of The Concept of Remainders by Richard Martin Hirsch and AfterMath by Elliot Shoenman, starring Annie Potts. When asked about working on Flip and Glib Mark said, “ Directing and developing Flip and Glib with Richard and our great cast has been the best ride ever.” 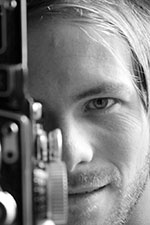 Kelly Lyle King is an American director, writer, and cinematographer, perhaps best known for his national commercials and international music videos, which have been viewed over 10 million times in 56 different countries. His commercial campaign, In The Can, won the 2004 Utah Film Commission Contest and Kelly has won awards for both directing and editing; his debut 35mm short film Let Go (2006) was called a “Philosophical and sociological masterwork” by the Crimson Chronicle. Other notable work includes his PSA Bring Me Home. Kelly’s style is evident in his rhythmic cutting style, surreal sound environments, and his high energy framing; much of his work touches on metafiction and solipsism, these themes often build to a greater morality exploration. Kelly currently runs the LA-based company iNCFILMS, which specializes in hyper-targeted story production for commercials, music videos, and television. To view his work or to contact his company please visit www.incfilms.com